Many people thirst for power—politically, socially, and economically. There are many different sorts of power, and a less-discussed form of power is power in relationships. How can power affect relationships? The answer to this question becomes clear once analyzing the book Fight Club, specifically the characters and the role psychology plays. Additionally, the movie Karate Kid (2010) also provides insight into the answer of this question. Although many long for power, it is not always what it seems.

In the book Fight Club, the narrator’s characterization at the beginning of the book strongly differs from that of the end; he started off as an “Average Joe” who had a normal life, but after meeting Tyler, his life slowly started changing and he became a worse and worse person. As his relationship with Tyler became closer, his character reached the peak of his rebelliousness. But as Tyler started gaining more power and recognition through Fight Club and Project Mayhem, his and the narrator’s relationship began to fall apart. The more power Tyler gained, the more the narrator realized what they were doing wasn’t right and tried to stop Tyler. By the end of the book as Tyler’s power reached its peak, their relationship had completely deteriorated, and the narrator began taking action to stop the other. The narrator’s character did a full circle: at the start, he had no power, but was a good person. As he and Tyler gained power, he slowly became a worse and worse person—but when that power started growing out of his control, he realized he had to put a stop to the chaos and tried to do what he thought was right. A mind map of the narrator’s characterization.

Analyzing the narrator’s characterization changes from the beginning to the end of the book, as well as the effect of power on his and Tyler’s relationship, brings another factor to light—psychology. Psychology plays a large role in Fight Club, even though one may not realize this at first. Throughout most of the book, Tyler is written as a completely separate character to the narrator, who we never learn the name of. But through a psychological lens, it becomes apparent Tyler and the narrator are the same person, but separate parts of the unconscious mind. The narrator is the superego: the part of the unconscious mind who listens to its morals, strives for the best, and holds many ideals. Contrasting this, Tyler is the id: the part of the unconscious mind that listens to its basic impulses, seeks immediate gratification, and is often impulsive while lacking rationing. At the beginning of the book, the narrator, or rather the superego, was in control and overpowered the id; but there is a change in this dynamic after the narrator meets Tyler, which the id then comes into control. As previously mentioned, as Tyler gained more power from Fight Club and Project Mayhem, the id became stronger and stronger—to the point where the superego was seemingly gone. But as the id’s power reached its peak, the superego started fighting for more control. The relationship between the narrator and Tyler worsened as Tyler gained more and more power as the id, gaining almost complete control of the narrator as the superego.

Our lit circles group for Fight Club discussed both of these factors and the role they play in how power affects relationships. To add on to these factors, we discussed the role the characters themselves play. Tyler was the creator of the conflict in the story; he started Fight Club, Project Mayhem, and was the instigator in all other reckless situations. Tyler was using the narrator, who started off as a rather innocent, lawful person, to his advantage; the narrator was convinced he needed Tyler until he started questioning the power he had and the decisions he was making with this power. The narrator slowly begins to see he doesn’t need Tyler anymore, and their relationship falls apart; Tyler begins to lose the power he originally had over the narrator. In summary, as the narrator became more conscious of the chaos Tyler was causing, Tyler began losing his power over the other. 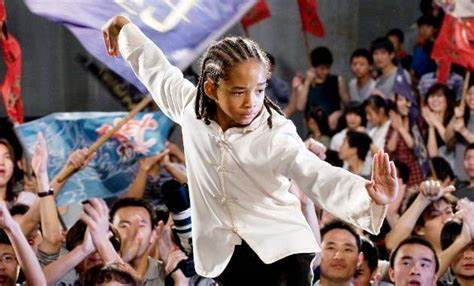 The movie The Karate Kid (2010) provides additional insight into the affect power has on relationships. Near the end of the movie, Dre Parker, the main character attends a Kung Fu tournament. The martial arts instructor uses his authority to tell the students who had been bullying Parker to not play fair so they can win. Because going against the instructor’s orders would be considered a dishonor, the students follow his orders and play unfairly. Power can make relationships unequal; when one person has more authority over another, they may use this power to force the other to do what they want. The martial arts instructor in this movie provides this point with evidence: because of his orders to the students to not play fair, Parker ends up getting injured. When one person has more power than another in a relationship, there is an inequality, or rather imbalance which can have detrimental effects—like it had for Parker in The Karate Kid.

Power can have many different affects on relationships, but these affects seem to most often be negative. In Fight Club, power is the very cause of all the conflicts; additionally, power is also what Tyler and the narrator struggled for, eventually ruining their relationship. The narrator began as a normal, rather lawful person, but after meeting Tyler, he slowly became more rebellious and destructive. As Tyler gained power through Fight Club and Project Mayhem, the narrator became conscious of the chaos they were causing, and attempted to stop Tyler. Through a psychological lens, the struggle for power between Tyler and the narrator becomes even more apparent. Tyler, the id part of the unconscious mind, and the narrator, the superego part of the unconscious mind, struggle for power throughout the book. The book starts with the narrator, or rather the superego, in control, but after meeting Tyler, the id slowly takes over. After becoming aware of the fact that the id’s power was causing too much destruction, the superego starting fighting for control once again. This can also be viewed through the eyes of the characters themselves: once the narrator began questioning the extent of Tyler’s power over him, he realizes he no longer needs Tyler. As the narrator becomes more and more sure of this fact, Tyler loses his power over him. Additionally, in the movie The Karate Kid (2010) the question of what affect power has on relationships is also brought to question. At the Kung Fu tournament, the martial arts instructor tells the students fighting against the main character, Dre Parker, to not play fairly. The students do not want to disobey the instructor’s orders as it is viewed as a dishonor, so they listen and end up breaking Parker’s leg. Ultimately, power causes an imbalance in a relationship. Those in the relationship do not have equal footing when one has more power than another, which leads to inequality and therefore struggle.