Beatty was once a reader of books, but has come to blame offensive material and the fact that the government wants to have control over citizens on the current state of society. One thing that shows this is Beatty’s comment towards Clarisse McClellan, “You ask why to a lot of things and you wind up very unhappy indeed, the poor girl is better off dead” (page 60). Another clue is how Beatty explains books as a “loaded gun”, saying that knowledge with make people unhappy or offended, and then start to question the nature of their society. Also, Beatty points out that its best not to keep people worrying when he says “Let him forget there is such thing as war”(page 61) and “Cram them full of noncombustible data, chock them so damned full of ‘facts’ they feel stuffed, 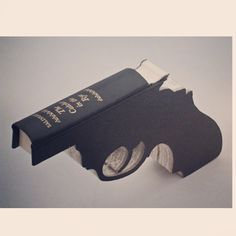 but absolutely brilliant with information Then they’ll feel they’re thinking, they’ll get a sense of motion without moving And they’ll be happy” (page 60) which says that all citizens should just be filled with entertainment and useless information to keep them distracted and “happy”. From these quotes and information, we learn that Beatty is a genuine character and strongly believes that destroying books will do good for all citizens. We can also tell the current state of society is to keep all people the same and happy, and books are destroyed to prevent people from questioning this dystopian society.