Many people are living with rough conditions but how does one cope with hardship? The book, Indian Horse, is written by Richard Wagamese, and is a story set in the 1960s, Ontario, Canada. Sugar Falls, written by David Robertson, is set somewhere in Canada in the 1960s. Both stories are set in a time when Canada wanted to assimilate the First Nations so many First Nation children aged 5+ were sent to residential schools in order to be assimilated but also faced many different kinds of abuse while they were attending these schools. Similarly, the main characters in both stories find a way to deal with being in a residential school. In Sugar Falls, Betty’s relationships with her family remind her that no matter how bad her situation is, she can always use the strength in her relationships to cope with her hardship. However, in Indian Horse, Saul uses hockey to deal with his hardship. His love for hockey and happiness he gets from playing temporary distracts Saul from the reality that he is in. Ultimately, one learns that you could deal with hard times by having something meaningful to temporary escape from reality.

Saul and Betty unfortunately experienced types of abuse while attending the residential schools. Betty experiences sexual abuse from the residential school: “Flora told me once how she got through the abuse… she would numb her body so she couldn’t feel it… when it was my turn, I did the same… he called them happy rides when he came for us and made us sit on his lap” (Robertson, 27-28). On the other hand, after Saul witnesses many kids “die of tuberculosis, influenza, pneumonia, and broken hearts at St. Jerome’s” (Wagamese, 55), Saul completely retreats into himself: “That’s how I survived. Alone… I ached in solitude.” (Wagamese, 55). Saul knew that he couldn’t do anything to change his situation, so he stayed quiet and suffered alone. Not being able to resist or run away, both characters need something important to them in order to cope with their hardships.

Saul plays hockey to distract himself from the horrible reality he’s in. Ever since he was 8 and wasn’t old enough to play on the team, practicing individually early in the morning after cleaning the ice became Saul’s highlight of the day: “For the rest of the day, I’d walk through the dim hallways of the school warmed by my secret. I no longer felt the hopeless, chill air around me because I had… the ice, the mornings and the promise of a game that I would soon be old enough to play” (Wagamese, 66). Although Saul witnessed many kids suicide and get beaten, playing hockey gave him an escape from that: “When I hit the ice, I left all of that behind me” (Wagamese, 83).  Through hockey, Saul can temporarily escape from the horrors of the residential school.

Betty copes with her hardship by remembering the words her father told her. Betty’s “promise to be good” (Robertson, 16) to her father and the strength in the relationships between herself and her family gives her a way to cope with her hardship. For example, when Flora asked if Betty wanted to run away with her, Betty rejects her: “I want to, believe me I do, I just can’t, I made a promise to my father” (Robertson, 31). The promise was important to her, so she stayed. Furthermore, when she finally had enough and was about to leave, she remembered her relationships with her family: “And as quickly as I forgot, I remembered everything… I remembered Sugar Falls… I remembered the words of my father” (Robertson, 36). The strength in the relationships gave her a way to cope and to stay strong.

In conclusion, one learns that you could deal with hard times by using something important to themselves to escape from reality. In the book Indian Horse, Saul uses hockey to cope with his hardship. Playing hockey for Saul has become a way to deal with being in a residential school. On the other hand, In Sugar Falls, Betty’s relationships with her family remind her that no matter how bad her situation is, she can always use the strength in her relationships to cope with her hardship. Although Saul may have been able to cope better than Betty, an individual still learns that having something meaningful to temporary escape from reality can cope with hardship no matter how bad their current situation is.

I did very well on the conclusion and the thesis statement because of the new things I learned to do that was important to a conclusion.

I need to improve on adding more background info and information from the story next time. I also forgot to add a hook so I will remember to do that next time. 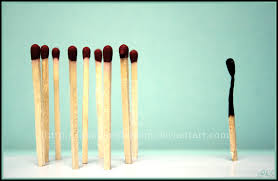 Humans have / need a a dream

Humans can be ignorant and should be more aware

Humans may be discriminatory / racist

In the book The Outsiders by S. E. Hinton, I learned that in the hard times, you can rely on your friends to help you out or comfort you. In this book, there are 2 gangs, one is called the Greasers, and one the Socs. The Greasers can be easily identified by the way they do their hair, and the Socs consists of naughty kids with rich parents. In the story, Johnny and Ponyboy from the Greasers get beat up by the Socs while they were walking out on a dark night. Johnny ends up having to kill a Soc for self defense. Instead of going to jail, Johnny runs away with Ponyboy, even though Ponyboy did not murder the Soc. Their friends from the Greasers also help out Johnny and Ponyboy as they try to evade the cops. By reading this story, I learned that you can ask your friends for help when you are in a hard situation.