The initial piece of evidence was that it was in a subduction zone, meaning there must of been some sort of past activity, but that wasn’t enough.

First nation told stories about the thunderbird that struck the land, shaking the earth, but scientist didn’t believe its credibility, for it was told verbally.

Found evidence of a forest that is now a marsh. This means, that before the ocean came and created the mud banks, there used to be a spruce forest, miles away from the salty water. Above that was a layer of sand that would have rushed in all at once, and the only logical explanation, was that there must have been a major earthquake that killed the forest and brought a layer of sand with it in tsunami form

Just one source of evidence may not be conclusive, and easy to believe. By hearing one piece of information against it, for example that we have no written proof of this happening before, viewers might turn a blind eye. By knowing that there is multiple pieces of evidence, people will be able to see the bigger picture and have more potential to believe what may be happening. The proof of the forest which is now a muddy bay, shows us a visual representation of what happened to strongly support the theory.

In Vancouver we have and continue to build buildings to our standards of earthquake safe. We don’t yet know what would happen to the many tall building that line the streets of Vancouver. Some conclude that they would sway in the pressure, and gradually lose there structure. Some may fall down killing thousands, or they may only be effected a little. Nothing like this has happened during this century here so we don’t know exactly what might happen. Older buildings that are un-reinforced in earthquake safety are almost guaranteed to collapse in the immense pressure from the earthquake. The earthquake would last around 5 minutes severely damaging everything that is hit by it. Land slides of hills would destroy everything below and there will be many fatalities. Next a tsunami will come into the area. Since Vancouver is tucked in behind Vancouver island, the tsunami is likely not to reach us but if it did, everyone in its path would suffer. 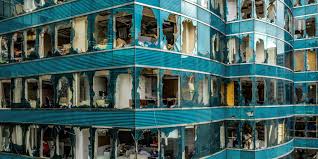 1. What was wrong with today’s lab? List all the variables that disturbed our results and create a solution to make the outcome more accurate.

In today’s lab, the results varied because of the different wave speeds and steps of each particular person. Everyone had a different time when they traveled across so the results were inaccurate. A solution to this problem would be to only have one person go from each group to create an even and consistent time, so the results would be more accurate

2.  Why do you need more than one seismometer station to find the epicentre of an earthquake? Why is one not enough?

A siesmometer determines where an earthquake is based on the radius of the wave to find how long it takes to read it. By only using one, the earthquake could have occurred anywhere along the one seismometer based on its radious. When you add two more, where each radius meet, is the exact location where the epicenter of the earthquake happened

3. Why do you think identifying an epicentre location is important for our  society?

Identifying the epicenter of an earthquake helps us to determine where along a fault line it is and how the tectonic plates are moving. We can see where below the earth it may have been and maybe what plate movement would have caused it.

4. How could we use this data in an emergency response situation?

The epicenter is usually where the earthquake hit hardest, so in an emergency response situation, they may use this to know where to look for survivors, of watch out when passing in case an aftershock may occurs

I recently learned about the devastation than occurred in Palu and immediately wondered how you were doing. I was watching the news here in Canada and I feel how lucky I am to be here right now in the safety of my home. I heard about the collapse of the hospital and the hardship that this earthquake has caused on all it’s people, and how unfortunate that it was. I can’t imagine living without electricity, and even proper medical care in which you are forced to endure. Even not being able to stay up past dark limits the ability to be able to conquer your hard ship. This has made me feel anxious that it may happen to us where I live. We are due for a major earthquake to occur, so a devastation like this is yet to occur here How is your son doing in this catastrophe? Now that the schools aren’t open, I was wondering it he is holding up on his dream on becoming a doctor? Unavailable education must be extremely difficult for him with high hopes like he has. I know that if I couldn’t receive the higher education that I have been saving for all my life would bring down my optimism, but I can’t even imagine what it would be like for him who loves his academics. I was wondering if your house was still standing, or was it swept away from the tsunami and the liquefaction in the ground. I know you never give up, and will strive for the best for you and son in whatever situation that you are in. I am worried about you and I almost feel guilty for being safe in the warmth of my house when you would be struggling to even find a blanket in the cold of the night. I sincerely hope that you are safe, and are able to stay healthy for as long as you can in the condition that your city is in. I could only imagine how stressed I would be if an earthquake of that magnitude came to Port Coquitlam, I would be devastated, and worrying about finding everyone who is missing. I am so sorry for everything that has happened and everything you must be going through. I hope help comes your way soon and you get food and water, and healthcare. I hope your safe and healthy and good thing come your way soon.