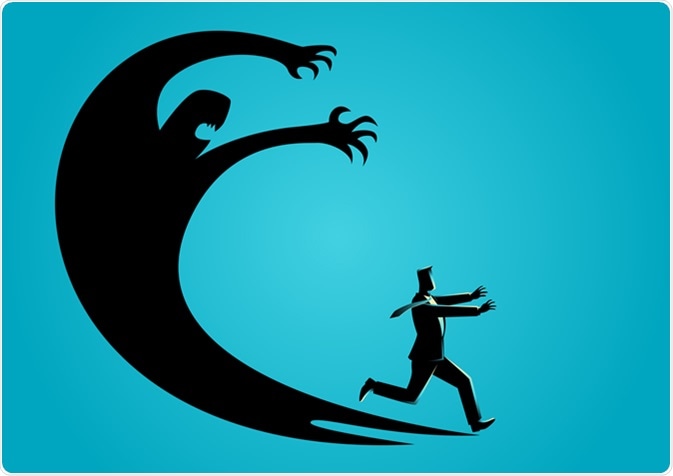 These two pictures that i picked to match with the poem represents how it feels to have anxiety. Anxiety is a problem within yourself that lays there eating away at your thoughts and confidence. Always making you doubt your worth in the world and society. In the first picture it shows how Anxiety eats away at yourself and your confidence.

in the second picture, it shows that the only thing that you’re really worrying about is yourself. As much as you think it may be the people around you. You’re, your worst enemy.

In this Free Verse Poem about Anxiety written by Jaden Miki, Symbolizes how it feels to suffer from anxiety and the side affects of it. This poem was inspired by the short story “The Snob” and how John the “snob” had been stereotyping his girlfriend to be a mean snobby girl when he was the actual snob. John had problems with anxiety and his place in the world compared to the rich.

Their were several literary devices used in this poem, such as, alliteration, metaphor. and paradox. These figurative devices helped define the poem and compare anxiety to inanimate objects.

“It feels like your in a cage that is wide open, feeling like you’re trapped” This symbolizes how it feels while you have anxiety because even though you feel like your in a cage stuck in there all by yourself and alone. It’s actually open where you can be free and talk to people.

The Artificial Policeman  is a poem written by Sharon Thesen.  Are humans starting to rely on AI to detect criminals?

This poem is very closely related to the mechanical hound in the book “Fahrenheit 451” by Ray Bradbury.  Both machines were built to get rid of criminals and stop them from their acts. But that doesn’t necessarily mean they are always right.