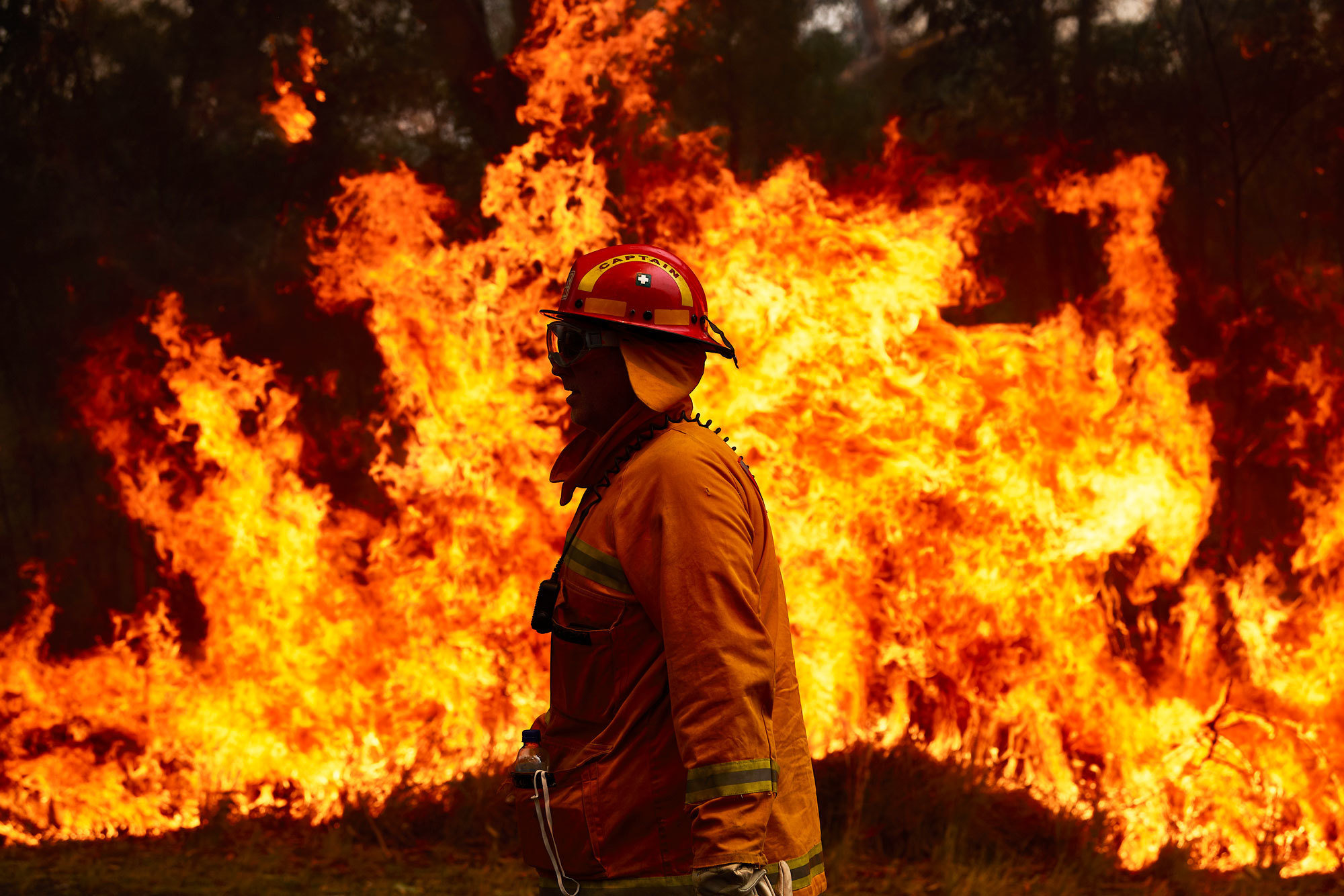 this is an image of a man walking through the town of Ulaanbaatar, Mongolia on January 19, 2019. This pollution in the photo is caused by the people trying to heat their homes in the city apartment buildings. One possible solution for this would be to reduce the use of these heating methods and another solution would find an environmental friendlier method to heat these homes and reduce pollution.