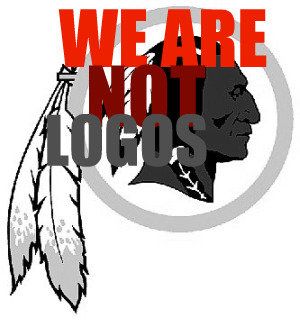 Should sports teams be allowed to use First Nations’ logo or mascots? To what extent would it become offensive? Formally, the hockey team ‘Blackhawks’, originally got their name and logo from the owner Frederic McLaughlin. He was he commander with the 333rd Machine Gun Battalion during the World War II. The division was nicknamed “Blackhawk Division” after the Chief Blackhawk who was a prominent figure in the history of Illinois.

The head of the Assembly of First Nations’ Chief of Quebec, Ghislain Picard, strained that he would support the change of the Blackhawk team’s logo. He says that the Blackhawks’ team logo is just as offensive as the logo of the NFL team Washington Redskins, even if it has not gotten as much attention. Pichard said changing the logo is a question of respect: “If there’s consideration for what we think and what we would like to see, then sure,” (Pichard, 2015)

From doing research, and looking at the view of the First Nations’ people, it is not okay to stereotype them and their culture and then use them as a brand and brandishing them just for money especially without their consent. Just because the First Nations’ people are considered a minority, that does not mean that we should be derogatory towards them as they are trying to live a normal life like everyone else, and we aren’t doing anything to help them but rather just putting them down. No matter how much history or background there is to the logo either good or bad, but if the First Nations’ people are against it, the logo should have been replaced with another or just demolished. However, to this day, it is still an on-going controversy that hasn’t been settled. They want it to be replaced but their voice isn’t being heard. That goes to show how transparent the First Nations’ people are in our society that we ignore their cries. So, no we should not use First Nations’ as logos and mascots no matter the reasoning. Those are just excuses. In contrast, some First Nations’ people felt that there are other issues that they are dealing with that are not getting support with rather than to worry about a measly logo. In conclusion, the sports team logos that has anything related to First Nations culture on it is not a tribute to them but however, just exploitation as they have no rights whatsoever to use their culture just for the sakes of brandishing to earn some bucks. The First Nations people and their culture, should be treated with the utmost respect just like how one should respect every other cultural background in this universe. If you don’t like it when someone disregards you, then why is it okay for you to do the same back?