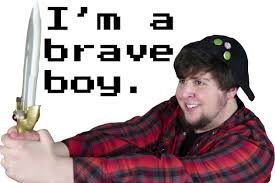 In the novel, he is the oldest boy on the island next to Ralph.  Everyone is afraid of the Beasties, even including Jack. However, he overcomes his fear and becomes the hunters’ leader, giving the boys some confidence that they can deal with the Beast. Also, as the most motivated hunter, he kills a pig himself. I often and provides food for others. I can sense that Jack feels for the littluns. He takes responsibility for getting better food and encourages them to hunt. I think he is a very brave and attentive boy. 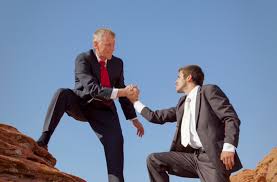 In the novel, Jack leads the choir boys and littluns very well. He always find food for them and throws a big party when they finally kill a pig. I think that part is very important because I can see that he isn’t about only doing what he wants for himself, but has an eye for understanding what motivates the other boys.  Some boys like Piggy and Ralph don’t like his leadership style because he doesn’t follow their rules, but I think Jack inspires other boys because of his strong personality because he follows what others want of him. Perhaps in a confuse and fearful situation, the boys need a leader who can get them focused on something (hunting and satisfying the Beast).

3. He’s a realist who does what’s needed

I mentioned before, Jack does not come across as the nicest boy on the island, especially end of the novel. While this part give us lots of reason to dislike him, his actions decisive leader and hunter are what’s necessary in a dangerous survival situation. Ralph may be the ‘nicer’ boy but as he starts to lose his direction and confidence, not be able to get the boys organized to build the huts and keep the signal fire burning, it is Jack that steps up to do what is necessary in a bad situation. Jack was simply realistic than the others because he saw  that they needed meat and understood that the boys would much more enjoy tribal than democratic. Jack may not made the decisions, yet he made ones that made sense if they were never expecting to ever be rescued.