We did a lab for science which involved mixing the following ingredient  slowly, medium speed and quickly. The ingriendients we used were: powdered milk, cocoa powder and food coloring all of them where mixed with water and stirred.

The chart below shows roughly what the bubbles in the middle of the substances looked like after mixing.

The video below shows us conducting the experiment

By Sean H and Jimmy W

1.)  lot of things can influence the collection of data. Bias can influence data collection because the collected data can be taken from a specific age group or race etc… and not everyone in the world. The use of language can also affect it because they can word things creatively that will mislead the reader like 9/10 dentists recommend Colgate, that’s misleading because 9/10 dentists will recommend any toothpastes. Ethics can affect the data, because if they plan making an unethical ad, then they would collect misleading data that would help mislead the reader. Cost can affect data collection because it can decide how many data can be affected, for example if there is a low budget then less data will be collected as there won’t be enough money to cover the expenses of larger audience. While with a high budget there would be more data collected, as there would be a larger audience. Also they look if the benefits outweigh the overall cost of the survey. Time is another factor that influences data, because if the data was collected at an inappropriate time then it can affect the quality of the data, like if the audience was in a rush or was busy. Privacy can be a factor, as less people would answer truthfully if their information was not going to be kept private, like if the information was going to be posted on YouTube for the whole world to see. Finally, cultural sensitivity also affects the data collection, as it could offend a certain cultural in a negative way which could provoke them to respond to the survey on a more bias opinion.
A population is every member of a specific group, like if someone wants to ask the school if they prefer pencil or pen then then the population would be everyone inside the school including staff and students. A sample is a part of a population used to describe a whole group, like instead of asking the whole school they would ask only the students in the Math Department.

2.) Convenience sampling is when subjects are selected based on the convenience of the researcher, like the distance and accessibility. An example can be: 6/10 of my neighbors prefer chocolate over candy. The benefit from convenience sampling is low cost, fast and easy.
Random sampling is when subjects are selected completely by chance to represent a whole population. The benefits that come from this are that it eliminates any bias and is more accurate in representing a whole population. For example: to decide what is the average weight of students, 60 students in a school were selected randomly by a computer to take part of the research.
Stratified sampling is when you divide a population into a sub groups that are based on an attribute, like gender, age or ethnicity. For example, a teacher wants to conduct an experiment on math students to see if they understand the material taught, the population would be divided into sub groups based on grade level. All the results will represent the average understanding of each grade level which can then be put together to form an average of the school’s math department. The benefits from this are that it can be more accurate than random sampling, and it will usually require less subjects which will lower the cost.

3.) Systematic sampling is when the subject is chosen based on intervals like every ninth subject out of a population of 100 will be chosen for the research. The benefits out this is that it can be done manually and it is less bias. For example, an employer wants to conduct a research on his employees to see if they feel stressed in their working environment. The employer will have a list of employees and choose based on an interval.
Voluntary response sampling is when the subject volunteers to take part in the survey due to interest. The benefits are that it is very easy as the researcher does not need to select the subjects. For example, when a twitter account conducts a poll to their followers to decide which drink is better Coca-Cola or Pepsi.
Choosing an inappropriate sampling can bias data because it may not represent the whole population targeted. For example, if you only choose athletes for a research on: Which matters more sports or fine arts, the answer will be more biased as the researcher chose an inappropriate sample to represent an audience.

5.) 3 misleading charts and why

I am a mutated gene that can be associated with RAB3GAP. I am a. Mutated gene that usually effects people that are in the same family. I am Micro Syndrome also known as OMIM. Micros syndrome is a negative mutation. The person that has micro syndrome may have learning disabilities and also may have development issues. Development issues is when somebody doesn’t develop properly for example, if they are very short they have a development issue that makes them not grow as much as a normal person, or brain cells don’t develop as good so they aren’t as smart. People born with micro syndrome appear normal but as the person with micro syndrome grows it gets more and more noticeable. There is no treatment to cure this mutation but people can help you learn better in school by giving private lessons. The way micro syndrome may effect somebody’s life is they will have a hard time learning in school which will lead to not very good grades and not very good grades means you will have a hard time getting a job to support yourself. Another way micro syndrome effects somebody’s life is they will look different as they get older so people with it might have a hard time making friends and having friends is one of the most important things in life.

Some familiar digital tools I used to research my mutations were: Google, Wikipedia and an unfamiliar tool I used was a looking in the textbook briefly.

To verify all my information I looked for the same information on multiple sites so I knew it was a reliable source of info.

some challenges I came upon during this project were: some of the info was a little hard to find such as finding out how the mutation happens, another challenge I came across was when I lost my criteria sheet so I had to look for another one.

An engaging way to educate people about matter is to show people physical matter and talk about the properties because most people learn better from interacting with what they are learning about. 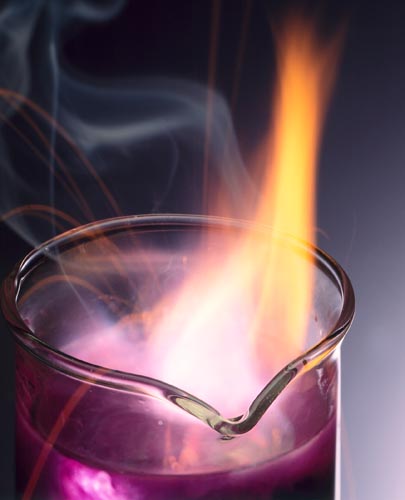 In this experiment we mixed Diet Coke, Pepsi and regular Coke with bleach. The purpose of the experiment was to see what would happen when we mixed all of the substances one at a time. Some safety rules we followed was that we wouldn’t mix the bleach with out pop very fast to reduce the risk of getting bleach on out skins or on the floor or desk. We mixed about 200 ml of the beverages with bleach separately and when we mixed them all of our drinks tuned into a clear water like substance with good a faint shade of yellow. We noticed that the Diet Coke mixed with bleach made the clearest most water like substance rather than the regular Coke and Diet Coke. We think it is clearer because it has less sugar in it. In conclusion if if you mix bleach with mostly any kind of pop it will most likely turn into a substance that almost looks like water. It is also most definitely not for drinking

“Taming of the Shrew” is a play made by the famous poet names William Shakespeare. It starts off with a main character named Sly. Sly passes out in a bar drunk and then the lord with his men come into the bar and take him so that they can prank him. When Sly wakes up he wakes up in a palace full of rich paintings and servants eager to serve him (the servants are part of the prank). Sly is obviously very confused at this point but he is convinced that he is a lord and was very ill. The illness that he thought he had made him sleep for a very long time and he couldn’t remember a thing. The wife Sly thinks he has comes into the room and Sly wants to sleep with her but she said that if they do it he might get sick again. Page leaves the room and the servants enter. The servants have brought in some players that will present a play that is about two people named Grenio and Tranio that go out to look for wives. They meet with a father that has two daughters named Katherine and Beonce. The two men are shocked due to the extremily rude behaviour of the girl named Katherine and they say she was born in hell. Neither of the brothers want to marry Katherine so they are both trying to marry Beonce but you can’t have two husbands.

I enjoyed the filming of this project but we ran into a few problems along the way. First we where a little bit rushy so we where getting out hands and fingers into some of the frames so we had to delete individual frame which was stressful. Second we downloaded the wrong app, we downloaded “imotion” instead of “stopmotion” which made the voice part especially hard becuase we had to record the voice outside of the app, we couldn’t record the voice in the app because we got the wrong app by accident so it wanted us to pay $3.50. But thanks to mr Robinson he edited all the voice clips I made into our video. Aside from the problems I think this was a beneficial experience becuase I learned what it might be like to be on a stop motion cartoon or movie set and how hard it really is.

DIgital Footprint is basically what you post online. Everything you post online is permanent a cannot be deleted just like a footprint. My digital footprint is near nothing but if i where to have bad stuff come up when sombody googled me i would have a hard time finding a job. Most employers google who they are trying to employ and if they see somthing that they dont like about you they will msot likely not hire you. Remember you cant take anyting off of the internet and be careful what you post becuase in the future you will regret it.

Exposition: “i’d like to inquire about a lot” the old man said, the effort of decision evident in his voice (115).

Rising action: “needs a bit of a clearing though, and a proper entrance. it would be very private” (16) when the old man asks for privacy on his lot which doesn’t matter since hes dead  so it is kind of fishy because he might be up to something.

Falling action: “why because of my bees? They pollinate your flowers. Now, if you could spare me a few moments” (120) when Mr. Jerome agrees that the bees are pollinating the flowers which makes them look nicer so he calms down.

Falling action: “this has to be illegal” (120) Mr. Jerome runs back to the office examining the print

Denouement: “Mr. Jerome, I have reached an important decision. i should like to buy another lot”  (121)