1: Cake Flour: All you need are two ingredients from the pantry — all-purpose flour and cornstarch. Here’s how to do it – Take one level cup of AP flour, remove two tablespoons, and then add two tablespoons of cornstarch back in. Be sure to sift the flour to distribute the cornstarch well before using it in your cake batter. cake flour is basically ap flour but you just need to add cornstarch to it to make it cake flour.

2: Wheat flour:  12% to 14% gluten content, wheat flour like its name is made from wheat.Wheat flour is a powder made from the grinding of wheat used for human consumption. Wheat varieties are called “soft” or “weak” if gluten content is low, and are called “hard” or “strong” if they have high gluten content.One of the primary reasons for the popularity of wheat flour is due to its gluten forming capacity when the flour is mixed with liquid. Gluten is the substance that provides dough with elasticity and the ability to stretch as the leavening agent produces carbon dioxide gas, which enables the dough to rise effectively.

3: Rye “(Secale cereale) is a grass grown extensively as a grain, a cover crop and a forage crop. It is a member of the wheat tribe (Triticeae) and is closely related tobarley (genus Hordeum) and wheat (Triticum). Rye grain is used for flour, ryebread, rye beer, crisp bread, some whiskeys, some vodkas, and animal fodder. ” in rye flour we do not see it as much it is more a European thing. 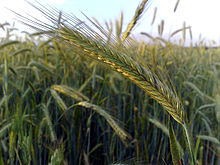 https://en.wikipedia.org/wiki/Rye
4: Spelt is a cereal grain in the wheat family, but it is not the same thing as wheat (same genus, different species). The grain has been cultivated for centuries, in both central Europe and the middle east. It looks very similar to wheat in appearance, but it has a much harder outer shell before it has been milled. It has a nutty and slightly sweet flavor, similar to that of whole wheat flour. Spelt flour is popular because it is very tasty and quite easy to work with. Spelt flour does contain gluten, which makes it very easy to substitute it into “regular” wheat cookie, bread, etc. 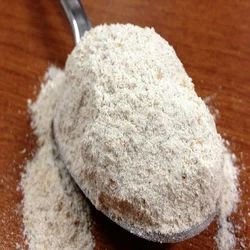 http://bakingbites.com/2008/04/what-is-spelt-flour/
5: Barley flour is a flour prepared from dried and ground barley. Barley flour is used to prepare barley bread and other breads, such as flat bread and yeast breads. There are two general types of barley flour: coarse and fine. it contains alpha amylase, which helps to break down complex sugars and starch in the dough to simple sugars such as maltose, making them easier for yeast to feed on. 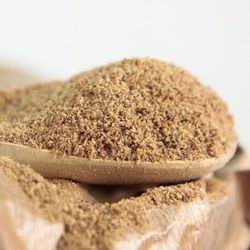 One thought on “5 Flours”