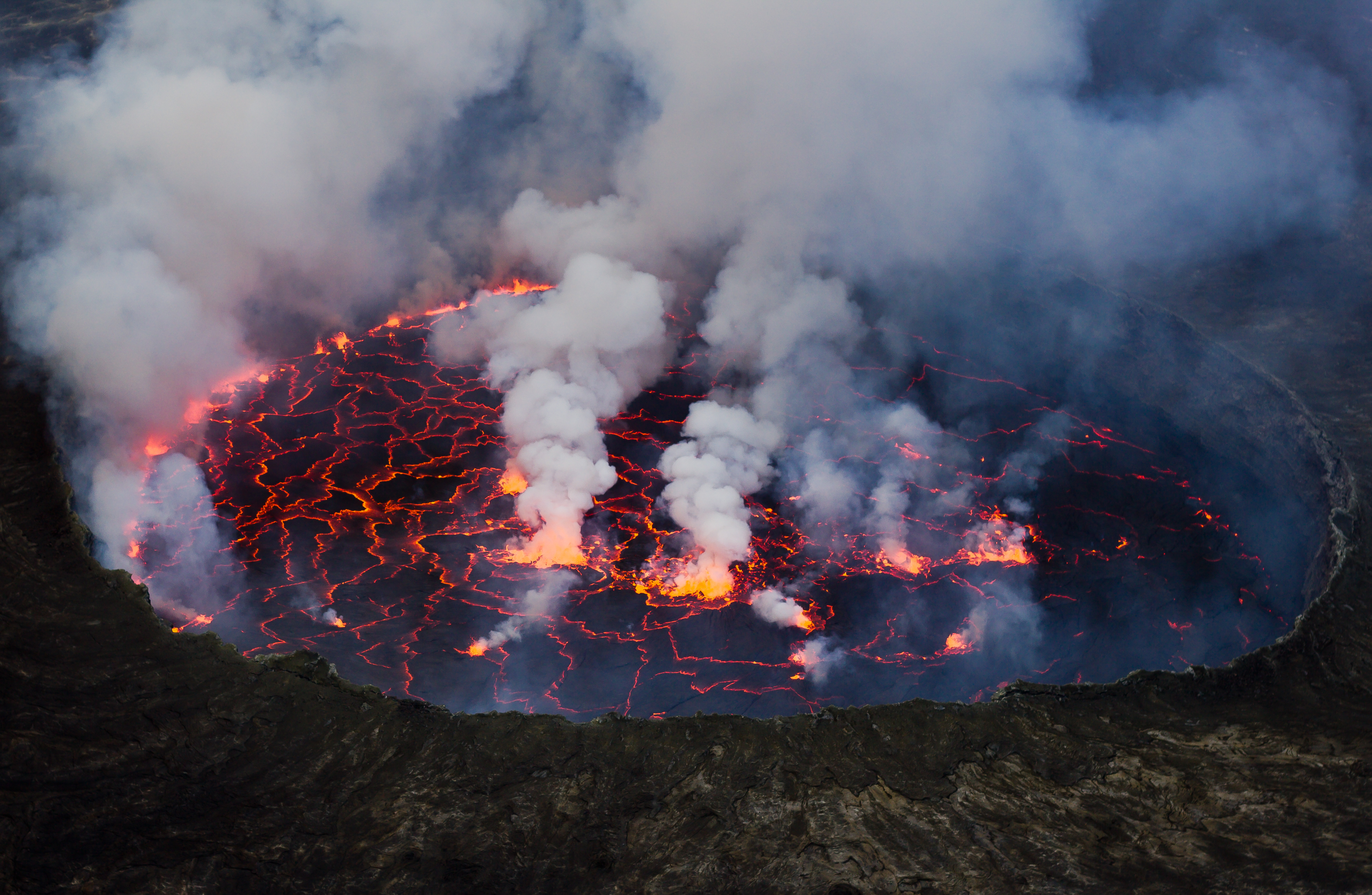 We learned that there were not only one type of volcanoes, there are tree different types and they are composite, shield and rift eruption volcanoes. Located close to the eastern border of Congo, Mount Nyiragongo at the Virunga National Park is an example of a composite volcano (also know as a stratovolcano). These photos are showing the lava lake that is hidden in the depths of the volcano. To be able to see the lake you would have too climb up about 11,400 ft to be able to see it. From top right to the bottom two photos, the lake is gradually starting to bubble and pour down on the sides eventually creating more and more layers of lava rock.

Mount Nyiragongo was formed from the tectonic plates of the oceanic and continental crust. Two plates collided due to the convection current forcing them to push against each other. As they continue to push against each other the subduction zone would melt the plates and  eventually start to grow and move upwards causing them to form the volcano. Overtime, as more and more eruptions occur, it starts getting a build up of lava and ashes which then creates many layers forming a cone like shape. During the most recent eruption which was in 2002, many people had gone to other nearby cities because the volcano had erupted. This event killed more than a hundred people. Back in 1977 a similar event occurred and it was estimated the the lava was travelling at 60 miles per hour!