The French Revolution started when the Estates General would include representatives from all three estates. They met in the Tennis Court Oath. Louis was eventually forced to order the First & Second estates to join the National Assembly and create a new government. The revolution had just begun. The three most significance events in the French Revolution were the Fall of Bastille, The Execution of Louis XVI, and the Reign of Terror and Committee of Public Safety.
The Fall of Bastille was significant because the people of France were showing how they were powerful by destroying Bastille and taking power away from Louis. The Fall of Bastille is also important because in July of 1789 it says that the French people were mad that the meeting on the National Assembly and Tennis Court oath went bad. The immediate problems of starvation and poverty had not been addressed, and the cost of living in Paris and other French cities increased. A lot of people in France were really hungry and started to steal bread from others. They also started to break into bakeries and steal all the bread they could get. 2% of the people of France died of hunger. The people of France went to Bastille to attack and the mob killed the prison governor. When Bastille was destroyed, it frightened Louis. He dismissed the mercenary soldiers; Louis lost power and the people of France gained power.

Http://data:image/jpeg;base64,/9j/4AAQSkZJRgABAQAAAQABAAD/2wCEAAkGBwgHBgkIBwgKCgkLDRYPDQwMDRsUFRAWIB0iIiAdHx8kKDQsJCYxJx8fLT0tMTU3Ojo6Iy
The Execution of Louis was significant because he was found guilty on 1793 by a total of 33 charges. Louis had to be executed by the guillotine on January 21st, 1793. The Constitution of 1791 actually protected the monarch from anything worse than dethronement. Louis tried to defend himself by stating that he intended to become a constitutional monarch, but it was hard to prove. His use of foreign mercenaries before the Fall of Bastille and his attempt to escape France in 1791 were declared to be acts of treason against the people of France. Louis was found guilty and his punishment was death. He was executed by the guillotine on January 21, 1793. On his way to be executed, a man on horseback in the national uniform gave a ferocious cry ordering the drums to beat. They dragged Louis under the giant knife of the guillotine, which with one stroke severed his head from his body. 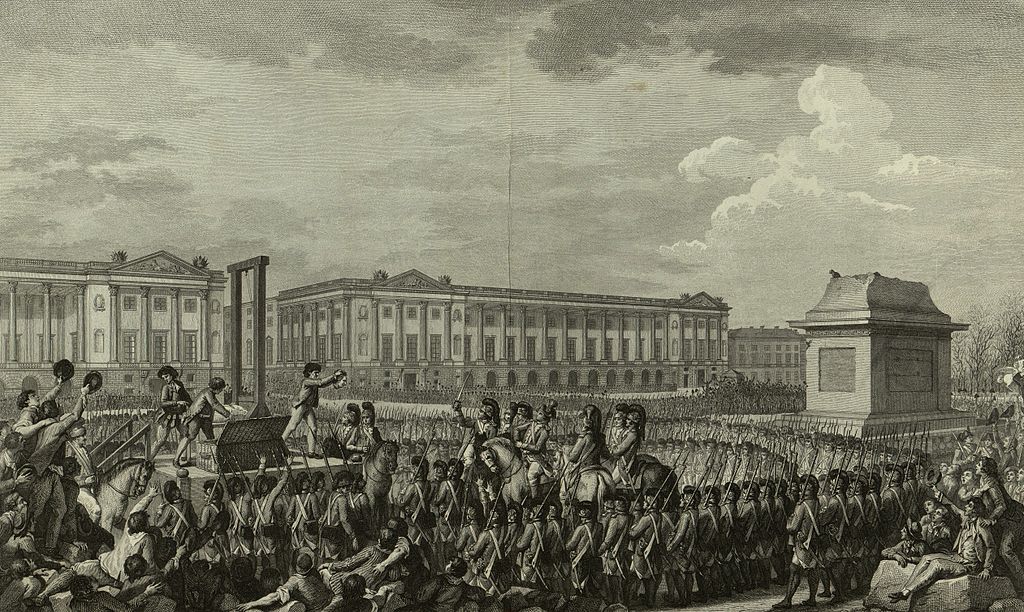 The Reign of Terror and Committee of Public Safety was significant because a lot of people were executed by Robespierre’s rule. At The Reign of Terror from 1793 to 1794, the revolutionary government was controlled by the Committee of Public Safety. This. period became known as the Reign of Terror. The French government provided free primary education, assistance for the poor, price controls, taxes based on income, metric system, abolished in the colonies. The Repubic and Reign of Terror was when Robespierre made unfair and harsh laws, and whoever disagreed with the laws would be arrested and executed under the guillotine. It’s believed that at least 17,000 people and perhaps as many as 30,000 were executed under Robespierre’s rule.