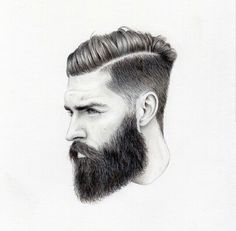 In the short story “A Mountain Journey” by Howard O’Hagon, the protagonist Dave Conroy is trying to prove his primitiveness and bravery. Dave Conroy goes out into the wilderness on an adventure and he lets his ego take over and gets into trouble. Throughout the story Dave Conroy makes many poor decisions to prove his bravery and primitiveness. The fact that he would not stop to rest when he found a tree he could lay on proves that he let his pride takeover and the he is stubborn. He would put his own health at risk just to show his bravery and independence. It was like he was  trying to prove something to himself because there is no one else with him. No one would know if he stopped to take a break, yet he didn’t. He let his pride takeover everything else. These bad decisions lead to worse things, for example when he was tired he fell into water. Once he fell in the water he still did not take a break he kept going. Although Dave Conroy is ignorant he is also independent and brave. His good qualities ended up not being good for him. They ended up getting him in trouble. He was trying to be strong but sometimes being strong also means to take a break. At the end of the story Dave Conroy dies, he was freezing and tired and could not make it any further. “Anyway, a mans a fool to travel alone in the mountains, especially with a heavy pack, and a fresh fall of snow”.  The moral of the story is not to let your pride takeover and don’t make the wrong decision just to prove yourself. To sum up Dave Conroy in a Mountain Journey he was independent, stubborn, and brave which got him into trouble. He let his pride take over just, so he could prove that he was primitive.