For this assignment we had to figure out how much water the barrier at Garibaldi Lake holds, and what would happen if the barrier broke. 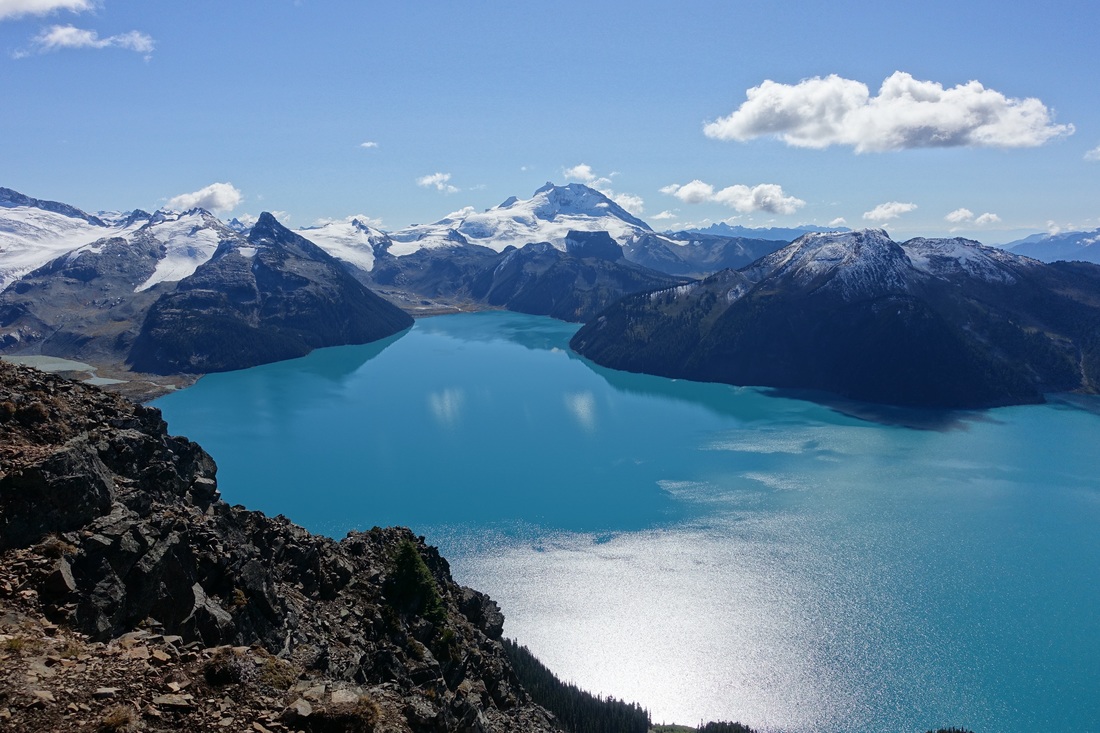 To find out how much water is in the lake, I had to calculate the volume. From the dimensions on Wikipedia, the surface area of the lake is 9.94km squared, and the average depth is 119m. So first I have to convert 9.94km squared into metres squared.

I wanted to figure out the volume of Garibaldi Lake, so I needed 1 182 860 000 metres cubed to be converted into Litres.

So the volume of Garibaldi lake is approximately 1 trillion Litres.

If the barrier at Garibaldi Lake were to break, a huge portion of the 1 trillion Litres would flow down into Squamish and flood the surrounding area. Because the lakes floor is not flat, there are parts that are deeper than the barrier, so if the barrier were to completely break, the deepest parts of the lake would not flow out. After doing some research, I found out that Steve Quane did a study on Garibaldi lake and found out that the energy of the lake flowing out, would be 200 times more energy than the atomic bomb dropped on Hiroshima. That is a really scary thing to think about, and because we live so close to this natural danger, it is a threat that needs to be assessed often to make sure that it is safe and that there is not a high risk of the barrier breaking.