The missing and murdered indigenous women podcast project gave us the opportunity to take a deeper look into stories of indigenous women who are missing or have been murdered. By researching these stories, we hope to educate others and share the stories of these women. I chose to do my project on a 12-year-old girl named Monica Jack from Merritt, British Columbia. She went missing in 1978 during a bike ride near her home by Nicola Lake. She is one of many indigenous women and girls who’s lives were stolen. Listen to “Missing Peace” to hear her story.

Advertising is present everywhere in today’s society and one ad campaign can reach billions of people. Knowing this, it is important that companies avoid using stereotypes or offensive content in their advertisements. There are many measures that the media can take to ensure that offensive ads are not released to the public. Companies need to complete the proper research into the history of the symbols or ideas they wish to use in their ads. Getting feedback from diverse cultural or religious backgrounds would be very beneficial to ensure there is no offensive content present in their ads. Some people may feel uncomfortable with sharing their opinions or ideas on potentially offensive content, so companies could do anonymous feedback surveys to hear the opinions of different backgrounds in the community. Though the ads come from the companies and the media, there are also steps society as a whole can follow to ensure everyone is comfortable with the ads being made. Listening to the concerns of different cultures in our community is important to ensure that ads are not being made using offensive stereotypes or ideas. Everyone should feel comfortable expressing their ideas, opinions or concerns around what they see in the media, so as a society, it is important that no one is belittled or targeted if they express offense to media they are viewing. There are many opportunities for society to include different cultural and religious communities in everyday life. Ensuring companies are hiring from diverse groups in the community is a step in the positive direction for inclusion of ideas from different groups. Though some groups may not be offended by ads they view, it is important that everyone is educated and aware of how some people may be affected differently by stereotypes used in the media today. The 21st century has become a time of inclusion and understanding for all religious and cultural backgrounds and the media needs to ensure they are representing themselves and every community in a positive manner, avoiding the use of historically offensive symbols or ideas. 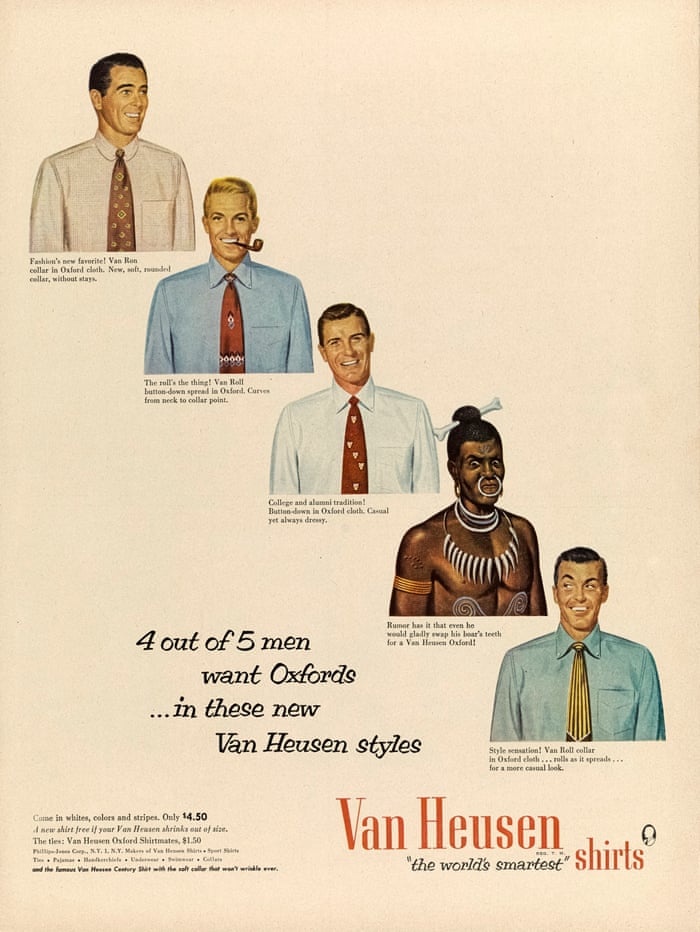 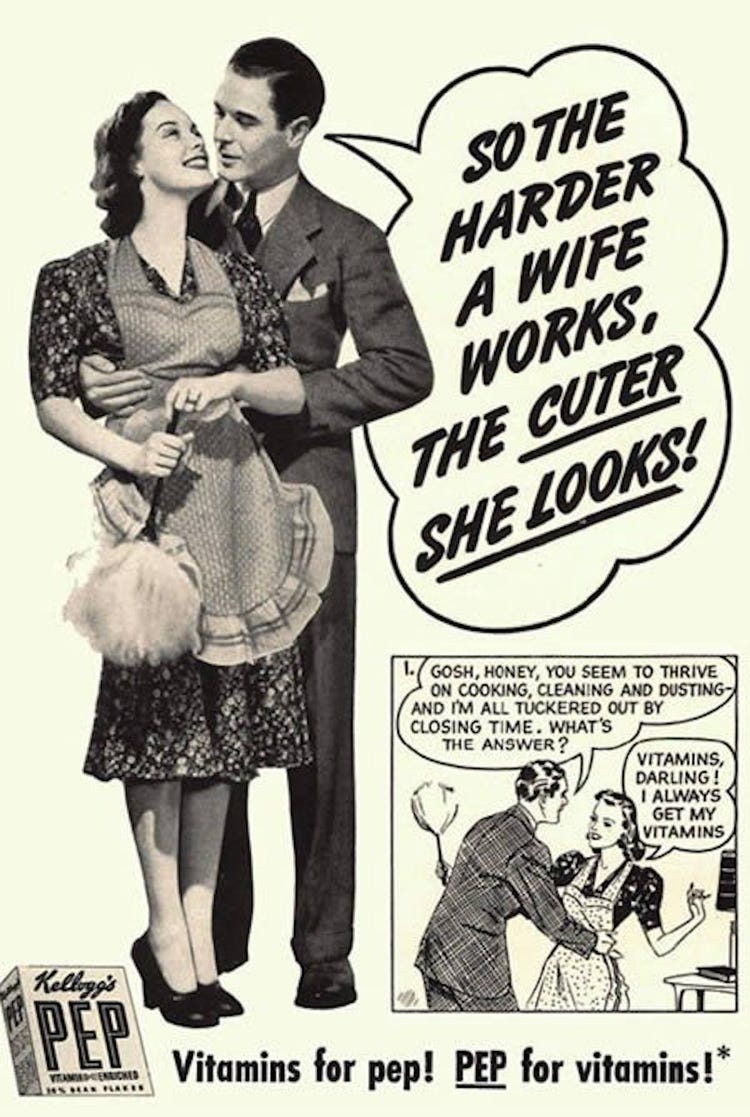 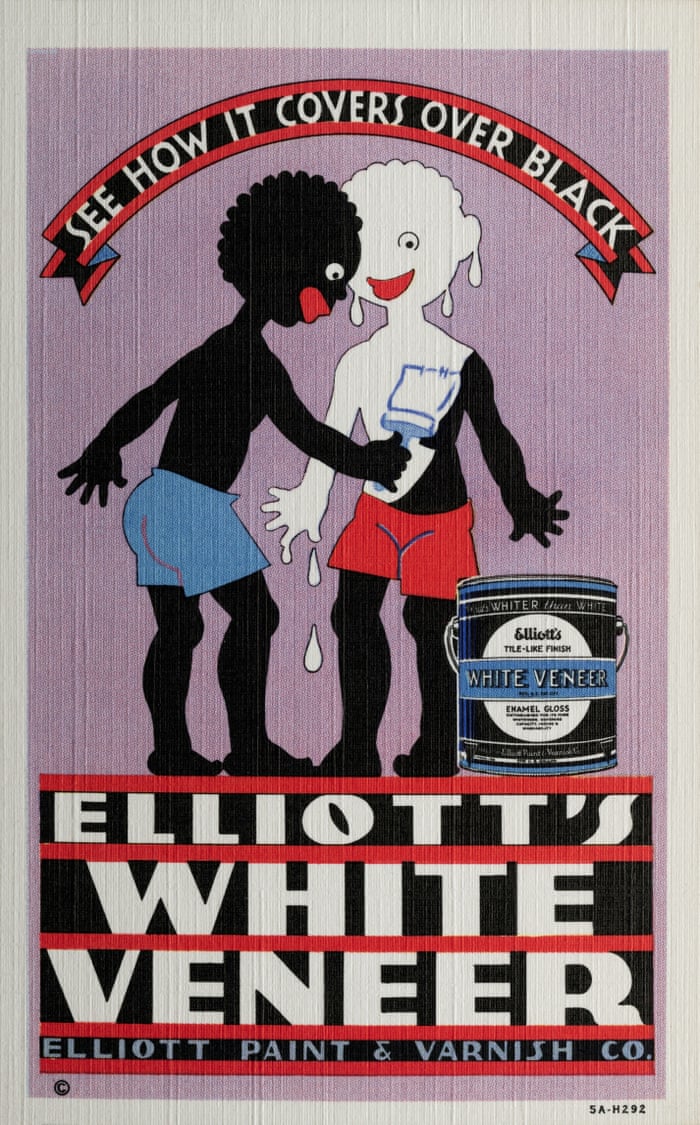 Above are some examples of racist/sexist ads that have been released to the public. They all contain offensive stereotypes and ideologies that should never be present in any advertisements in the media.

The company that created this commercial is Ikea and the product featured in this ad is a chair, though they are advertising all of their furniture and how it can change peoples’ lives. I believe that the target audience for this commercial is adults who are looking for a small change to brighten up their lives. This ad demonstrates that one small change, like a new chair, can lead to many new exciting adventures in one’s life. I came to the conclusion that the target audience is adults looking for a change because they are the ones who are going to buy furniture from Ikea. Children do not buy furniture and adults who are happy with their furniture are not going to buy more. Adults needing a change in furniture or something new are the ones who would be inspired by this commercial and who would want to buy their furniture from Ikea. This ad is fun to watch and creates a story for the viewers. It engages their imaginations and leads them to wonder what adventures their Ikea furniture could create for them.

I turned the narrative short story “Harrison Bergeron” into an explanatory internet article. I chose to write the internet article as a factual news article explaining the story of Harrison Bergeron. The original short story is a cyber-punk science fiction story, as it shows us how further technological development can allow the government to control society more easily and more effectively. The story has a theme of control and power and shows us how, when given access to more powerful technology, the government can begin to control society. I created my internet article using a website and I changed the formatting of the short story to be easier to follow as an internet article. I did not shorten the paragraphs too much because I wanted to keep the necessary information in the article, as I wrote it in the style of a news report. I used a bullet list and inserted original photos to make the website more interesting and interactive. The website also features related articles, information about the author and a subscription option. I felt like Harrison Bergeron’s story could be a real news story if it were to happen, so I created a news report about the short story the way I think it would actually be written by journalists.

Turning the article ” VPD Purchases Three Drones for Investigation” article written by Susan Lazaruk into an internet based article.

VPD Plans to Use Drones for Investigations

The Vancouver Police Department plans on using three drones to surveil the city for investigation and protective purposes. These high-tech devices cost the department $140,000 and are currently awaiting the approval of the Vancouver Police Board. The drones will be used for many things such as:

After concern was raised about the privacy and safety of citizens while the drones were in use, the Vancouver Police Department released a “Privacy Assessment Statement” and stated that any non important imagery will be deleted after 30 days.

These drones will even be used to survey large public events to ensure the safety of attendees. The next English Bay firework celebration and large public parades could possibly be filmed and analyzed for suspicious or illegal behavior and dangerous acts.

Communication has continued to evolve for centuries and society has made great advancements in communication-based technology. From the first long-distance communication devices to the new smartphones, every communication device has had an impact on the following and the way one interacts with the world. In 1844, Samuel Morse not only created a long-distance communication device called the telegraph, he also created a new language called Morse Code. A series of dots and lines symbolizing different letters. The telegraph inspired many following communication devices, such as the telephone and the rotary phone. These inventions were created with the goal to facilitate long-distance communication, the telegraph was a non-verbal method of interaction and the telephone used vocal vibrations to function. This large jump between verbal and non-verbal interaction shows how one invention leads to another, even with its advancements. Without the telegraph, the modern-day smartphone would not exist. The invention of the cellphone in 1983 was made possible by the advancements in telephone wires and antenna connections used to create the telephone and handheld radios. When technology companies realized they could combine the cellphone and the camera, they began to wonder what else they could add to the mobile telephone. Touchscreen cellphones became a reality with the iPhone and Apple has continued to add more features to their smartphones because of their success with the first iPhone to be released. Since 2007, Apple has added fingerprint identification, Facetime, iMessage, face identification and more. The invention of new communication technology has rapidly increased in the 21st century, as it is easier to create, and access products today than it has ever been before. Every advancement in communication related devices has evolved the way society interacts with one another. Technology will continue to change and develop over time, but every new invention will always stem from the previous ones.