These are the top 5 things I learned this year in my Precalculus 11 class. I chose some of the most important topics from this semester that I didn’t know how to do in previous years of math. Below are the 5 topics with a definition of each, a few examples, and the reasons why I chose them as part of this blog post.

As you can see, the mixed radicals are usually smaller numbers, as they were originally large numbers that were distributed outside the root sign. To write an entire radical as a mixed radical, follow these steps. √45  –  find multiples of the number, with at least one square (or cube) root. Since 9 x 5 is 45, and 9 can be square rooted, these numbers will work. (If no multiples are squares, then creating a mixed radical is not possible). Find the square root of 9, which is 3. Put the 3 outside the root symbol, leaving the remaining number inside, which was 5. It now looks like this: 3√5   To go back to the original entire radical, multiply the outside number by itself, since the symbol is a square root (and not a cube or fourth root). This would be 9. Put it back inside the symbol and multiply by the number there  –  √9×5 = √45

Here is one more example, using a cube root. ∛16  –  find multiples that include a cube root. You could also make a factor tree for 16. Since 8×2 is 16, you can make this into a mixed radical. The cube root of 8 is 2, so put that outside the symbol: 2∛2   To go backwards, multiply the outside number by itself two times, because it is a cube root. This makes 8. Then put the 8 inside and solve: ∛8×2 = ∛16

I chose this topic as one of my top 5 because it was something unique I hadn’t learned about until grade 11. I found this interesting because if there is a question or answer with a root, you can simplify it to make it easier to read. Personally, I find math more straightforward if it is written in lowest or most simple terms, and this is one way to do that.

Rationalizing the denominator is helpful when there is a fraction with a root on the bottom. This technique puts the fraction into a simpler form, with an integer on the bottom instead. Here is an example of a non-rationalized fraction: Here is a final example, where I have continued simplifying the fraction:

This skill was in my top 5 because it is a quick, easy technique that I find super useful. I still remember it today, even after learning it a few months ago. I also think it makes any answer look cleaner and easier to read.

This is something new that I only learned in precalc 11. A parabola is a u-shaped line that curves on a graph. I learned that every quadratic function or equation creates a graph of a parabola, with certain characteristics. Equations can come in standard, vertex, or factored form. Vertex form is the easiest to graph. It looks like this: y = (x – p)². This is an example of a simple equation in vertex form, and it’s resulting parabola. y = x² – 3 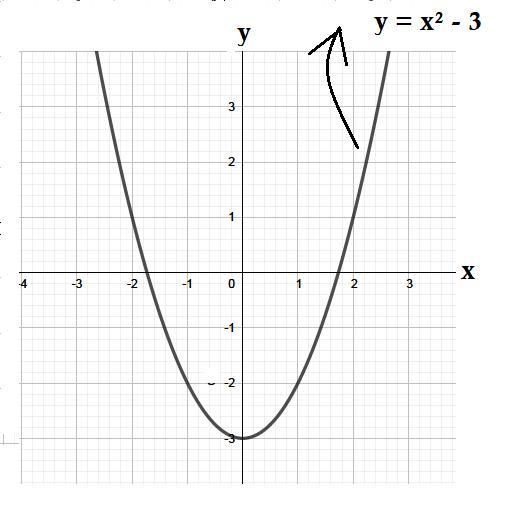 The middle point, at the highest or lowest spot, is called the vertex. This is either at the top or bottom of the parabola. A parabola is symmetrical, with the axis of symmetry being in the center. Based on the sign (positive or negative) of the x², the parabola will open upwards or downwards. Here are a few other examples:

For the first graph, the equation would be y = -x². The negative means it opens downward. The vertex, or highest point, is at the coordinates (0,0), and the axis of symmetry is x = 0. The second graph below shows the equation y = -(x – 3)² + 2. The vertex is (3,2), and the axis of symmetry is x = 2. As you can see the -3 turned into +3 when finding the vertex. Make sure you switch to the opposite sign when finding the number for the x-coordinate in vertex form. 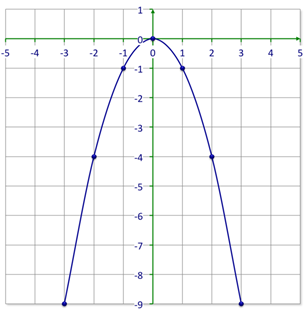 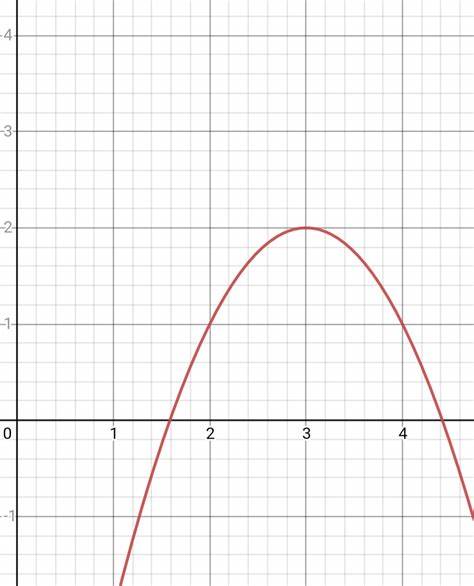 Parabolas are a new and interesting way of graphing, making them one of my top 5 things I learned. When I could see the relation between the equation and a graph, it made it much easier for me to read and understand a question because there was a visual.

This was one skill that I found really fun once I learned to properly solve the expressions. When multiplying and dividing these expressions, you can cancel out like terms, or terms that are the exact same. These terms must be either in both the numerator and denominator of the same fraction, or in opposite fractions, with one on the top and the other on the bottom. Here is an example showing the usual way to multiply fractions, which can take a while. Below it is a more efficient way, where the 4 is cancelled out to find the same answer. Sometimes you have to factor an expression first, to check for any terms that can be cancelled out. Remember that terms in brackets are connected, and cannot be cancelled out unless another term in brackets is the exact same. For example, (x + 3) and x are not like terms, but (x – 4) and (x – 4) are. When you have cancelled out all like terms, always check to make sure a fraction cannot be simplified any further. Don’t forget to include restrictions on your answer (values that would be impossible because they would make the denominator 0). With dividing, just flip the second fraction to it’s reciprocal, and continue. These examples show more complicated questions:

This technique turns a complicated equation into a simple fraction, without having to do lots of difficult calculations. That is why I chose it for one of the top things I learned, because it is so simple and fun!

To find an angle instead, just switch the same formula to this:

Here are 2 examples using the cosine law to find a missing side/angle: This was one of my top 5 because I didn’t realize trigonometry was possible with non-right triangles before math 11. The cosine law makes it easy to find missing values on a triangle by putting them into a simple formula.

This is a reflection I wrote about practicing my Creative and Critical Thinking skills in precalc 11:

If you need to find an angle, just flip each fraction to look like this:

Notice the letters are capital and lowercase. This is very important, as they mean different things. A capital letter usually refers to an angle, while the lowercase letter refers to the corresponding side. In this diagram, you can see that the sides opposite each angle have the same letter: The sine law can be used to find a missing side, as shown in this example: Just put the known values into the sine law equation, then select the two fractions with the least variables. There should only be 1 variable to make the equation possible to solve. Next, just complete the equation like algebra, using a calculator.

To find a missing angle, follow a similar procedure, like shown below. Don’t forget to use inverse sine at the end to find the correct angle.